Can a cheap vacuum really keep up with a household with pets and kids? Or does it just suck? (haha, pun intended)

I’ve been looking around for a new vacuum for my family because my old one wasn’t working very well. I’ve got two kids and a dog so there’s plenty of dirt around here.

When I was looking around on Amazon for a vacuum, I was really shocked that the best-selling pet vacuum is so inexpensive. How in the world could a low-cost vacuum handle a household with pets?

It’s called the Bissel Cleanview Swivel Pet Vacuum and I went ahead and ordered one. It was pretty easy to put together. This vacuum just took a Phillips screwdriver to get the handle on. Once I got it put together I wanted to check it out around the house.

Overall, would I recommend the Bissel Cleanview?

The Bissel Cleanview is a great value vacuum for the price. It’s easy to use, has a carpet height adjustment, comes with a variety of attachments, and does a good job cleaning carpets and hard floors. Its main disadvantages are its lack of a way to turn off the main brush and lack of a HEPA filter.

Check out the Bissel Cleanview vacuum at Amazon.com.

So here are the things that I found once I used the Bissel Cleanview.

The cord is pretty nice and sturdy. It’s actually 27 feet long, which is longer than a lot of the chords on cheaper vacuums. They are usually 25 feet long. More expensive vacuums often have a 30-foot cord, but I think a 27-foot cord is good enough for most households.

At first, I thought that the cord placement was a little bit strange because it comes out of the bottom. I felt like I was going to run over the cord all the time, but then I realized there’s actually a clip on the vacuum where you can clip the cord up out of the way. Once I clip the cord to the top I can have it go out to the right, because I’m right-handed and I can hold on to it that way. So it actually worked out really well.

I specifically did not buy that model because even though it seems kind of convenient to have the cord pulled inside, I’ve had those sorts of things before, and a lot of times they break. If you have a cord that’s supposed to rewind and it stops rewinding, it can just be more of a hassle. I’d rather have something simple that’s not going break.

The next thing I noticed was the handle. The handle is reasonably comfortable but it is all plastic. There’s no rubber on it so it’s not super comfortable and the back is kind of open and hollow. Overall the handle feels a little unfinished and kind of cheap honestly.

The power and release buttons are down on the bottom of the vacuum. You step on them with your foot. The red one is the power and the gray one is the release.

It’s kind of nice that you can do them with your feet but it’s a little bit confusing that they look pretty similar when you’re looking down at them. I felt like when I was using the vacuum, I had to keep saying to myself “red is power, red is power” so I found that a little bit weird and confusing.

I really like the carpet height adjuster. That was one of the features that I was looking for on a vacuum. We have really dense thick carpet and a lot of vacuums can’t handle it, but the Bissel cleanview one did a really good job.

I didn’t have to put it up on the highest level. I put it on like the second-highest and it still did a good job of cleaning the carpets, while not getting stuck on my carpet. Overall, I felt like this vacuum cleaned my carpets really well. It left them very fluffy and it really seemed to do a great job at picking up the dirt and the dog hair and everything.

In the kitchen, I really liked how this low profile in the front fit underneath the kitchen cabinets. It has these little extra brushes on the side that really help get that crud around the edges of corners and everything. I thought it did a better job than a lot of vacuums with that.

The swivel motion allows you to maneuver around a lot better. But one of the downsides of that is it makes it a little hard to just go in a straight line. I kind of felt like the swivel was maybe a pro and a con at the same time because it just made it harder to go in a straight line but easier to go around corners.

Overall, it was very lightweight and easy to push. I felt like it was pretty easy to use for basic vacuuming and I felt like the cleanview did a good job.

So then I wanted to check out the attachments and see how they worked around the house.

One attachment that’s a selling point for a lot of people is the turbo eraser pet attachment. It has a little brush that spins inside of it when it’s attached to the vacuum. It seems like a great idea and it spins really fast until you actually touch it to some carpet or a couch or anything, and then it immediately stops spinning.

So it’s kind of pointless to have that brush in there if it doesn’t even spin when you’re actually vacuuming things. It’s one of those things that seems like a good idea but I don’t think it really works that well.

Then there is a corner tool, a crevice tool, and an extension wand.

The corner tool doesn’t have a storage place on the vacuum. I don’t really get the point of this one. Honestly, if you’re going to clean corners why wouldn’t you just use the crevice tool that you already have? I think because there’s nowhere to store this tool on the vacuum, most people are just going to lose it in their closet anyway.

The Crevice tool works fine. It does a decent job of cleaning.

The extension is not very long, but the hose is reasonably long. I can reach pretty far with the extension so I think it works okay.

The hose is a decent quality. It’s not bad. It’s not a super high-end hose but it’s alright. The way they store it on the vacuum makes it pretty easy to use. It’s also easy to get apart and put back together again.

If you have it sitting on your carpet, the main brush is spinning on the carpet the whole time and could really be damaging your carpet. Or if you’re using it on some other surface like maybe out in your garage when you’re trying to vacuum a car, this is spinning all the time and just flinging things around. I really, really don’t like that.

The only way you could avoid this issue is if you could have the vacuum kind of tipped back somewhere while you’re using the attachments. However, that’s really inconvenient. I would say that’s a definite real downside to this vacuum.

Bissel Cleanview: Other Things to Consider

Emptying the dust bin on this vacuum is pretty easy. You just have to hit a button to release it and then there’s a button on the back that flips the bin open over your trash can so you can dump out the dust and hair.

I did find that especially with hairballs, they got stuck up in the top. Unfortunately, I had to stick my arm up inside and pull out those hairballs, which is kind of gross. Overall, it’s not too bad to empty the dustbin.

The big downside to this is the full line is only midway up the bin. Even though this is quite a large bin, you’re only supposed to fill it up partway. It seems really small.

In a lot of the reviews, people were talking about this. A lot of people said they would just let it fill up as high as it could until it started losing some suction. That does not seem like a very good solution. If you’re going to use it properly, according to the instructions, you’d have to empty it pretty often which is definitely a downside.

When looking at all those reviews on Amazon, the biggest complaint though was this vacuum dying quickly. Almost every single person had the exact same problem, so it’s definitely a potential problem to be aware of.

The way the belt sits in the vacuum leaves a blind spot on the brush on the bottom of the vacuum. This is a bit of a downside too, but that’s not the big complaint people have. The complaint that hair gets up inside of that belt compartment and actually clogs the belt is what most people were concerned about.

People with hairy dogs, like golden retrievers, talked about having a problem with the bin filling up after just a few uses. If you didn’t clean it out, it would clog that belt, stop it from running, and burn the motor which actually caused fires in a couple of instances. So definitely be aware of that.

If you have this vacuum, I would just keep a close eye on that belt. If you do have a super hairy dog, you might avoid this vacuum.

Does the Bissel Cleanview work?

Overall my impressions of the Bissel cleanview is it works shockingly well for a cheap vacuum. It cleans carpets. It sucks up the dirt and the pet hair as well, if not better than any other vacuum that I’ve had. It definitely has a few downsides, which I went over, but it’s not a high-end vacuum. It’s an inexpensive vacuum.

So would I choose the Bissel cleanview as the main vacuum for my family? Honestly, I wouldn’t because there’s one big downside that I hadn’t mentioned.

This vacuum does not have a HEPA filter. As somebody with severe allergies I just try to keep my air as clean as possible. When you use a vacuum that doesn’t have a HEPA filter, every time you’re vacuuming it is sending some dirt and dust back into the air. For people without allergies, this is not a really big issue. And honestly, you can’t get a vacuum with a HEPA filter at this price range.

Overall, I would recommend this vacuum. Check out the Bissel Cleanview vacuum at Amazon.com. I think it’s not a bad vacuum for such a cheap price! 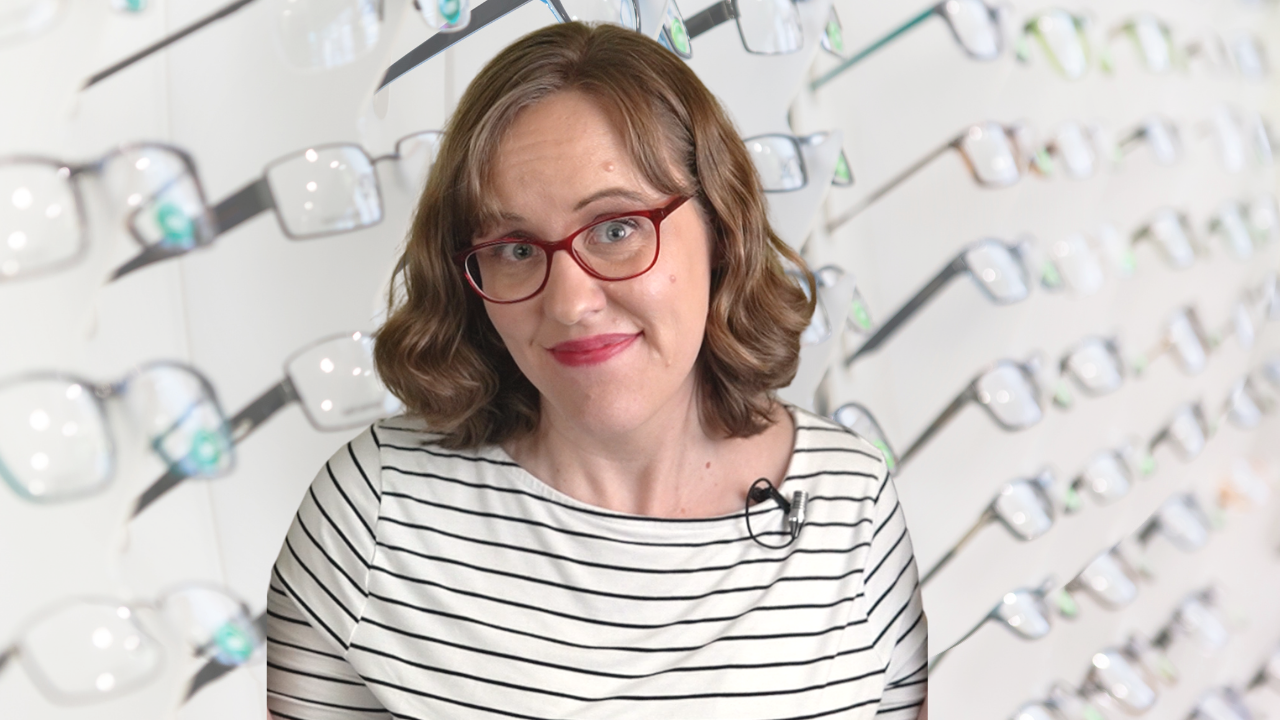