I’ve mentioned before that this is my first year as a Costco member. I’m trying it out to see if it’s a good fit for my family.

One of the things that many Costco members tout as a benefit is their very generous return policy. Did you know that Costco is really tricking you into buying more and returning less? It’s true and it has happened to me already. Here’s how: 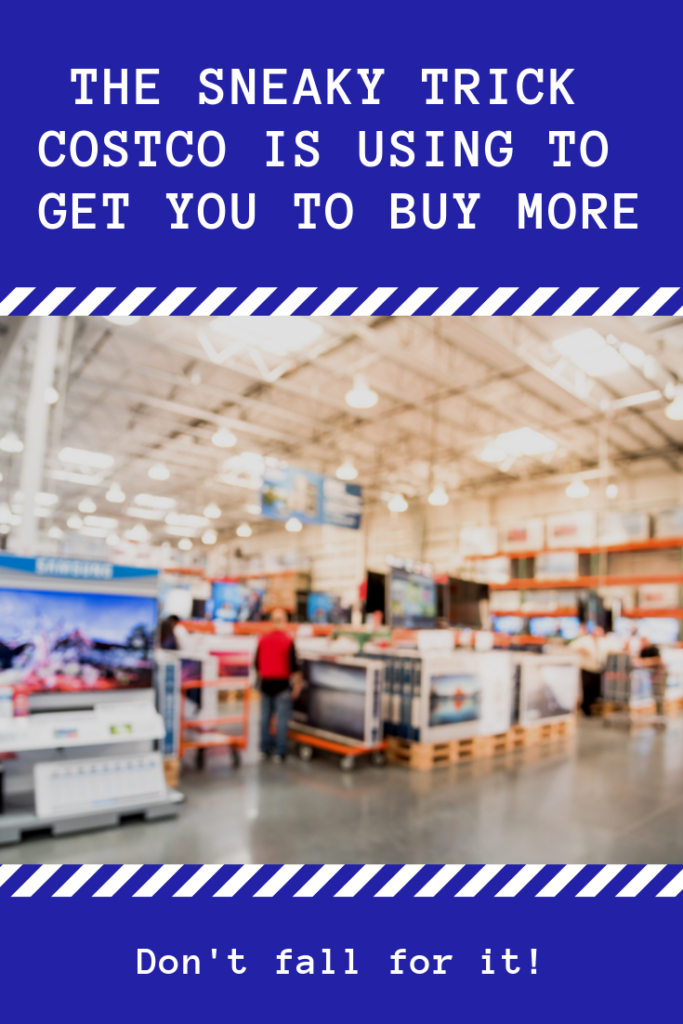 Costco’s return policy is one of the most lenient around. They allow returns of almost anything, at any time, for any reason.

There are only a few exceptions, such as limits on returns of electronics and major appliances. You don’t even have to have a receipt or tags because they’ll look up the item in your membership account.

Research has repeatedly shown that more lenient return policies increase sales. Here are a few of the reasons:

I may write about personal finance, but I’m certainly not immune to the psychological tricks that retailers play on all of us. I already mentioned the cheese that I intended to return (and didn’t). There was one more expensive instance, too.

In the fall, I bought a pair of pants and a shirt for myself at Costco. I wasn’t sure if I’d like them, but I thought it was worth a shot because of the wonderful Costco return policy.

I took them home and tried them on (since there are no fitting rooms at Costco). After trying them on, I still wasn’t sure, but thought maybe I’d keep them. I cut off the tags.

Then I put them in my closet (allowing that endowment effect to start). A few days later, I looked at them and decided there was no way I was going to wear them. I should just return them!

Until this week! I had another item to return to Costco and I remembered the shirt and pants that had been sitting in my closet for months now. I knew about the psychological effects of long return policies and I realized I’d been tricked! It made me mad!

What did I do? I took them back and the clerk kindly looked up my purchases and gave me CASH in return. It felt strange to return something so long after I’d purchased it, but I’m glad I did. It was a quick and painless process, and I shouldn’t have put it off for so long.

How to Avoid Being Tricked by the Costco Return Policy

So how can you avoid being tricked by the Costco return policy? Here are some ideas:

Have you made returns to Costco? Do you think the Costco return policy has caused you to buy things that you wouldn’t have otherwise considered?